Catania is situated on the slopes of the suggestive Mount Etna, that often gives it a special charm with its eruptions. Catania, overlooking the Ionian Sea, is a splendid city of art, an undisputed example of Sicilian Baroque and therefore a UNESCO heritage site together with the other cities of the Val di Noto. 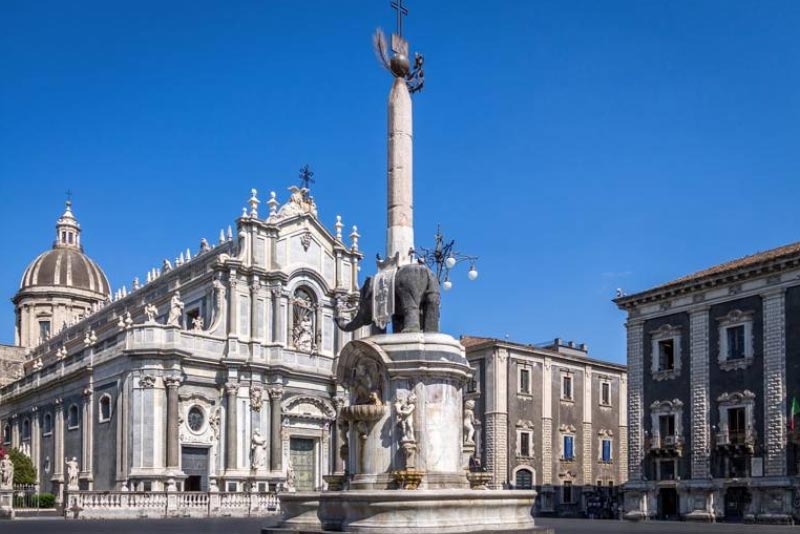 Catania has its origins as Sicilian settlement, refounded with the name of Kατάvη in 729 B.C. by Chalcis Greek colonists. In the 5th century BC it was occupied by the Syracusans, who renamed it Aetna, and was then conquered by the Romans in 263 BC. With the fall of the Roman Empire, the city followed the fate of Sicily, being conquered first by the Ostrogoths, then by the Arabs, Normans, Swabians and Angevins.
In 1669 it was shattered by the terrible eruption of Mount Etna, and it was damaged by the disastrous earthquake of 1669. The city was almost entirely rebuilt at the beginning of the 18th century, according to the Baroque taste of the time that characterises all of south-eastern Sicily. 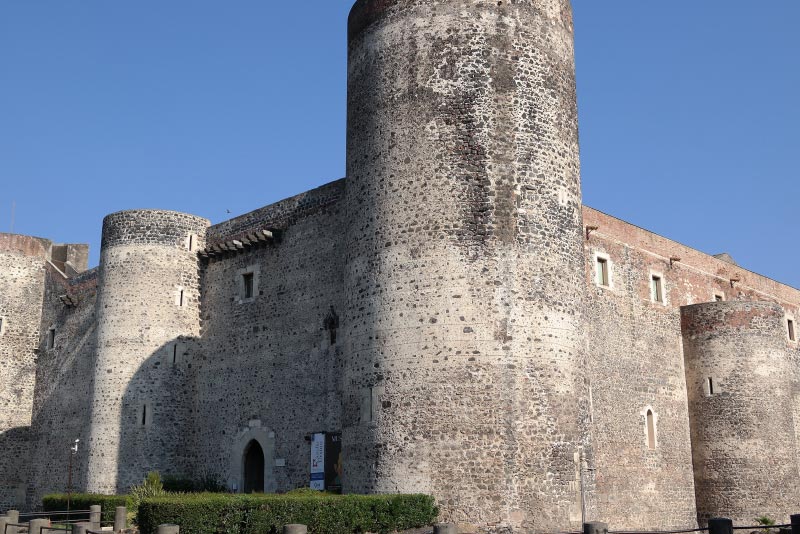 Catania is a fascinating city. Starting from the remarkable testimonies dating back to the Roman period, among which stands out the Odeon, which rises in the historical centre, next to the Roman theatre. The theatre was built in the Greek era, but restored between the 1st and 2nd centuries, as other monumental structures, including the amphitheatre and some thermal buildings made of lava stones.
Don’t miss a visit to the Ursino Castle, founded by Frederick II of Swabia in the 13th century and now a civic museum.
Catania, an eminent example of Sicilian Baroque and post-earthquake reconstruction, retains the urban layout designed by architect Vaccarini, with wide, straight streets converging around the main Via Etnea, opening onto squares and gardens. Between these scenic streets there is Piazza del Duomo, with its characteristic Elephant Fountain, the true centre of the historic city. 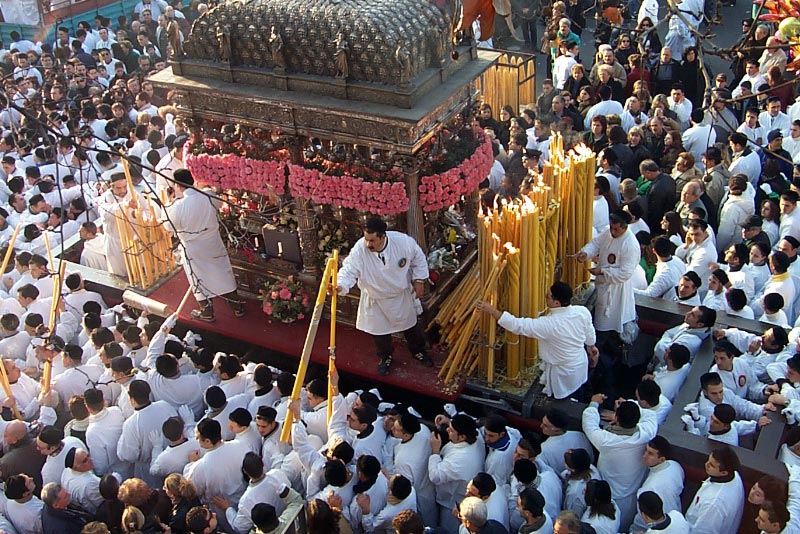 If you visit these places in February, you can experience the unique atmosphere of the Feast of Sant’Agata, the city’s patron saint. From 4 February to 6 February, a human river in procession crosses Catania. The devotees, dressed in white, carry heavy lit candles by hand, pull the saint’s ferculum or follow the candelore (big, decorated, votive candelabra).